Menu
Help Me Tell My Story 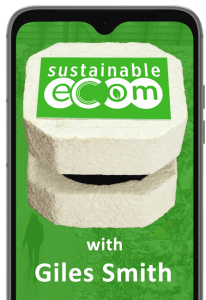 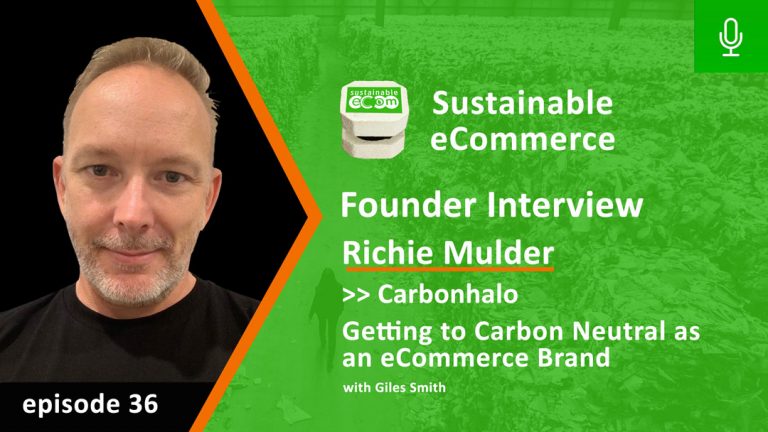 Welcome to Episode 36 of the Sustainable Ecommerce Podcast

I’m sure like me many of you were watching the COP27 proceedings with a certain degree of bemusement.

Frankly, it’s continued to be a talk-fest with lots of nodding and naval gazing, but very little done.

The only notable accomplishment of this years conference, which I feel pained to note added to carbon emissions, was the establishment of the so called Loss & Damage fund which aims to make economic reparations to the regions most impacted by climate change to date.

It would seem that the fund is targeting climate-induced losses of just over $500B, for which the industrialised nations will pay the bill, though they have not yet agreed how it will be split.  Some smaller nations tipped some coin into the hat, but the 2 biggest polluters US and China are yet to agree to anything.

Coming back to Net Zero, the UN assembly previously agreed that to get control of climate change we collectively need to get to Net Zero by 2030.

By latest reports, we’re a long way off, in fact on track to have increased a further 10% emissions by then.

We’re not leading in Australia by any means.

In October last year the Morrison Government unveiled plans to reach Net Zero by 2050, and after all the talk for decades, less than half of Australia’s biggest companies even have Net Zero plans in place.

The fact is though that even as smaller independent brands we have a part to play. It is simply no good throwing stones at the greenhouse.

If it were as easy done as said, we wouldn’t be in this position so rather than merely urge everyone to play part, I wanted to bring you something more practical.

My guest today is Richie Mulder, founder of Carbonhalo, and Australian start up helping SMEs get Carbon Neutral.  In the show I ask Richie to lay down some definitions for us so we can understand where our operations as eCom brands fits in the grand scheme of things, and help plot a bit of a pathway to help you reduce your carbon footprint and start on the path to Carbon Neutral and maybe ultimately Net Zero.

Listen all the way through because at the end Richie gives us some free tools to get a baseline of where we’re at now, which of course is essential to know before you try making improvements. 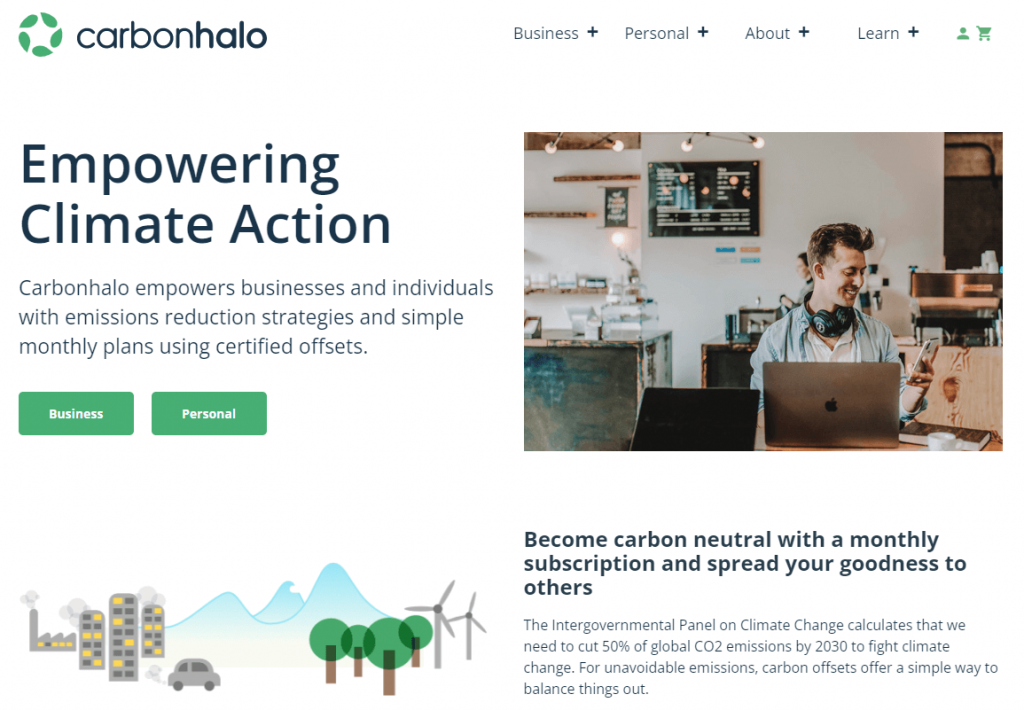 What’s the Founder Story to Carbonhalo?

Founders Richie Mulder & David Irvine grew up living the surfing life in Wollongong NSW, and were distressed by the changing environment’s impact on things like coastal erosion. They knew something needed to be done.

Having worked in carbon assessment for large corporates, they knew how hard it was for small business to get on top of this, and decided to bring their expertise in to help make climate action or small business, easy and accessible.

What is the difference between Carbon Neutral and Net Zero?

Many people get confused between these two terms.   There are many terms relating to carbon footprint, and many of them do mean the same thing.

Being Carbon Neutral is not a one-off exercise, it has to happen continually. It needs to be looked at annually, and reassessed to see what can be improved.

Net zero is a little bit different. It means that a business or an individual is emitting zero emissions.  It’s very, very difficult to get there, and in some cases, actually impossible, especially for eCommerce brands because most smaller brands simply don’t have complete control or visibility of their supply chain.

So for most brands right now, a realistic (if not easy) goal should be getting to Carbon Neutral.

The first step is to understand your baseline carbon footprint, which is actually a simplified term for a group of 7 greenhouse gases, including Carbon Dioxide.

To understand your carbon footprint you first need to understand the activities in your business that is creating these gases. You need to look at things like location, materials use, transportation, waste disposal and in fact a wide range of activities that go towards measuring your footprint.

For an ecommerce business to do that, it's very difficult. In particular the supply chain including simple things like transportation of the product from the factory to the warehouse is very difficult to get a handle on because there are so many variables.

But the first thing to do is separate out the business activities into three key groupings.

Scope 1Emissions:  Emissions directly related to the business operation.  If your brand operates its own factory and manufactures here in Australia, you might have significant component of Scope 1 Emissions.

Scope 3 Emissions: Emissions generated in the upstream and downstream supply chain, including external manufacturing, transportation, packaging and ultimately delivery to the customer.  This is the most difficult and complicated part, but for most ecommerce brands, likely where most of their emissions are classified.

Which Emissions Scope Does Digital Marketing Activities Fall Into

Typically your bandwidth, internet use and power would be generated and purchased from someone else, so that would fall under Scope 3.  That includes things like the energy required to power your servers, transactions, even things like cryptocurrency transactions.

The Carbon Halo site has a free estimate calculator that only requires three inputs. You can use that to get a quick estimation of your existing footprint.

The next step for that is to get customized data, including power usage, utility bills, etc. Also, things like packaging weight, materials used in the products, transportation invoices etc.  All that data gets run through our calculators which reference national and global emissions factors to provide an overall footprint.

Then the third step is for the business to review that report, and look at where they can reduce their emissions and offset the unavoidable emissions.

How Do You Get Carbon Neutral Certification for Your Brand?

Once you have worked through the process of reducing emissions and offsets, you can then apply to a certifying body, like Climate Active in Australia.   That requires an additional independent assessment to verify everything and any offsets purchased may also need to meet certain criteria to be considered valid.

We are currently looking at additional automation to bypass the need to engage independent consultants, which will save additional time and money in getting certified.

What are Carbon Offsets?

To be eligible as a carbon credit, the projects need to go through a fairly rigorous two to two and a half year process to get a project quantified, certified and available through the carbon credit markets here in Australia.  Only certain recognised bodies can verify projects, including things like the Verified Cabon Standard, Gold Standard, United Nations Framework for Climate Change.

How does Carbonhalo Select Carbon Credit Projects to Work With?

We have a range of different projects. Some in Australia, Canada, Europe and in the Amazon. All projects need to be Vera verified and verified to Gold Standard. That means that in addition to being a verified credit project, it also provides community benefits, like employment of indigenous communities, education, clean water services and so on.

Australian Carbon credits are notoriously expensive, so we try and help our customers by giving exposure to international projects as well. That gives brands a cost-effective solution, but still allows them to work with a brand aligned narrative of helping our local communities and environment as well.

How Should Brands Communicate Their Efforts to Go Carbon Neutral?

There is unfortunately a lot of greenwashing around being carbon neutral, with businesses buying up carbon credits without actually reducing emissions.   That’s not helping the environment and it’s actually damaging for businesses that are doing the right thing because they get labelled the same as those that are greenwashing.

Going carbon neutral is a journey. You have to start somewhere, and your communications should match that.  Be transparent about your progress and your goals.

Also, never overstate the action you’ve taken. Be factual.  Definitely don’t start using the certification logos before you’ve qualified for them. Apart from being the wrong thing to do, the ACCC is cracking down on that hard at the moment, and rightly so.

How to people start working with Carbonhalo?

First step, try free Carbonhalo calculator tool to get a rough idea of your existing footprint.  You can find that here:

If you then want to go further and get some help to reduce your footprint and move towards carbon neutrality, call us or contact us via our website https://carbonhalo.com 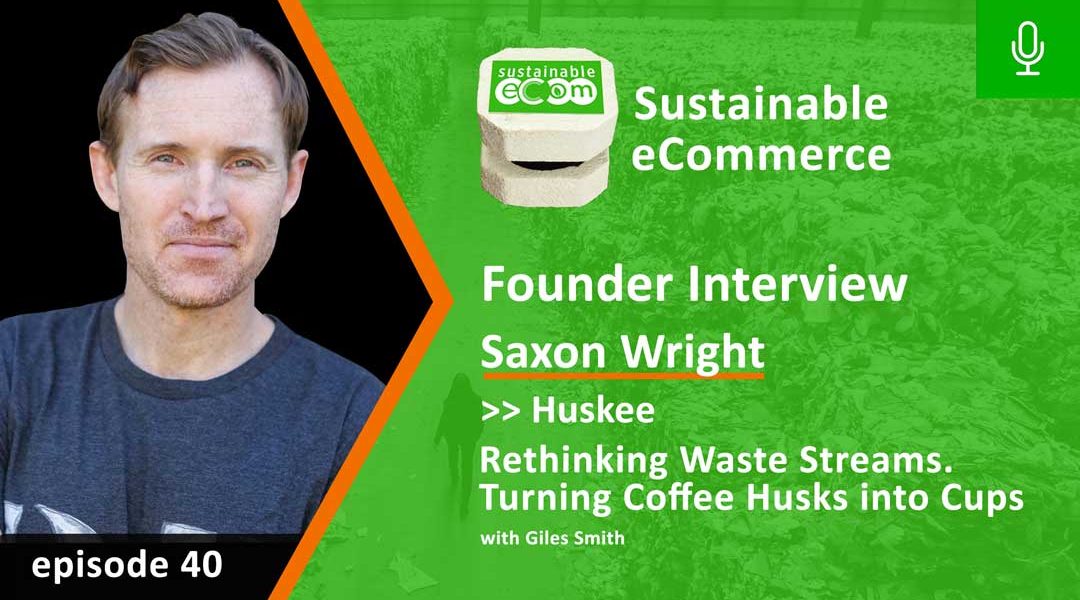 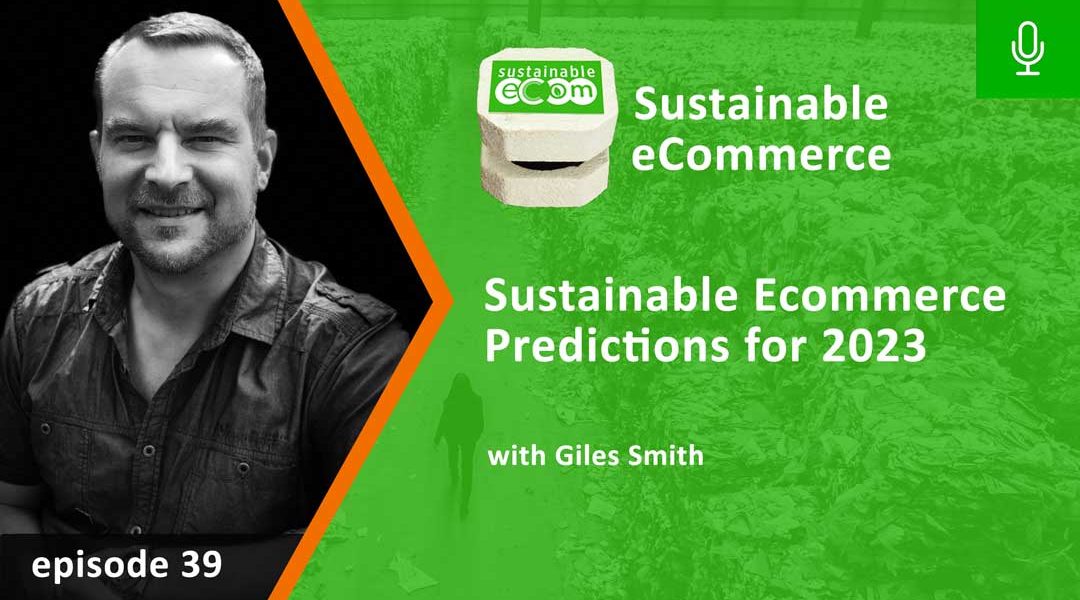 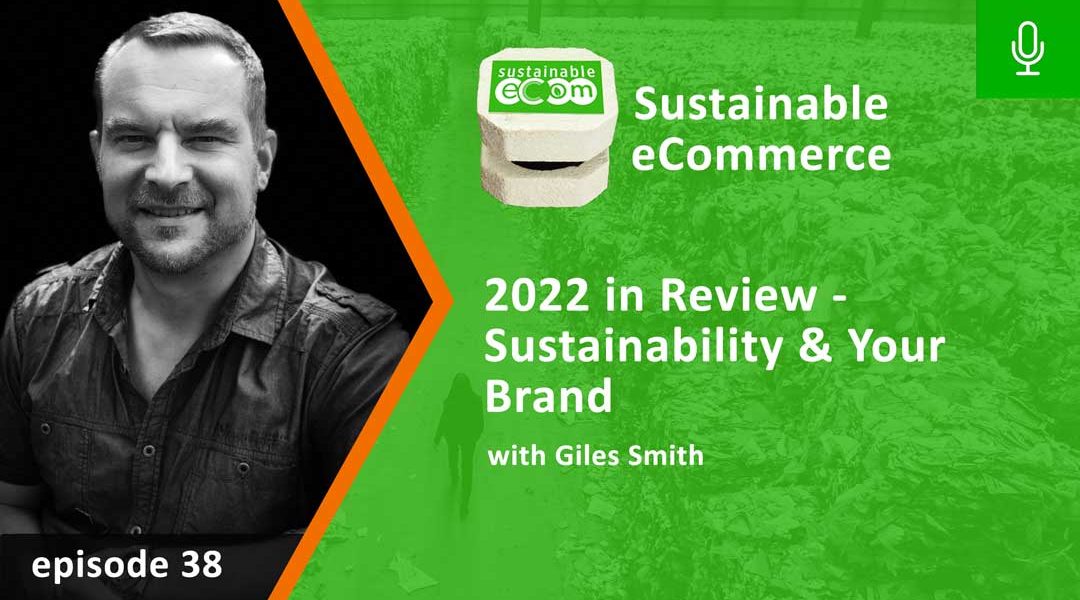 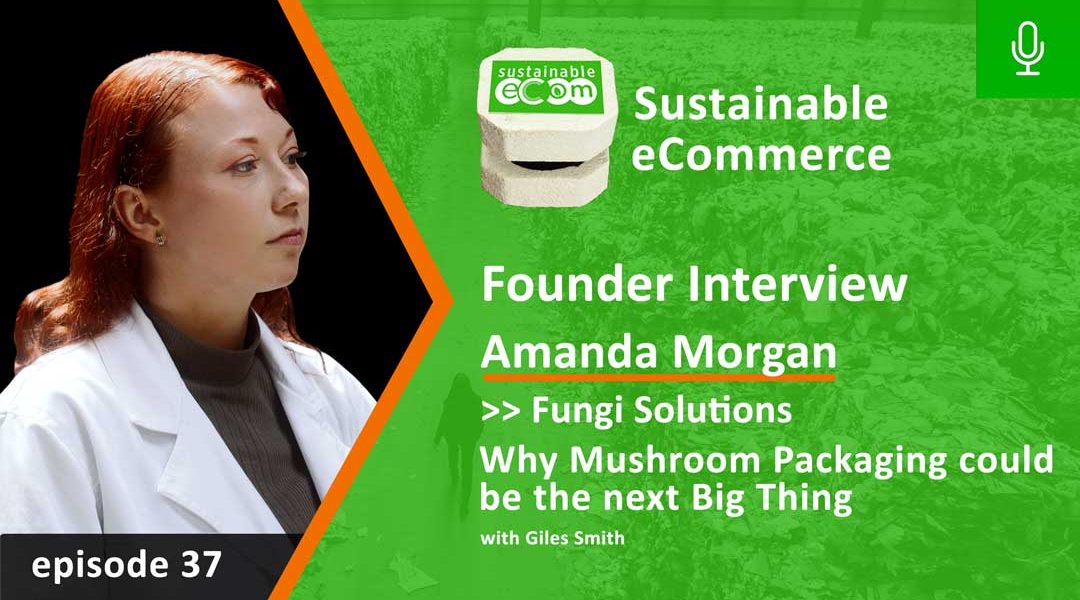 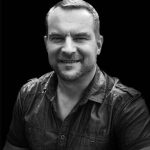 About Your Host: Giles Smith

eCommerce Coach & Mentor
Giles is a serial entrepreneur, eCommerce growth expert, coach & mentor. Views, Knowledge & Opinions shared in this article are drawn from over 20 years experience in building 6, 7 and 8-figure businesses as well as working with agency clients and personal coaching clients.
Facebook 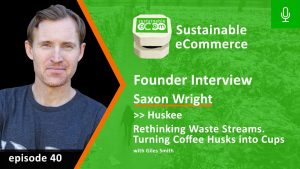 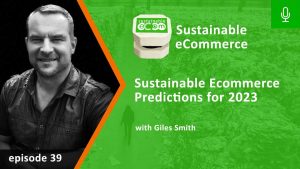 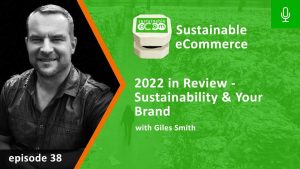 Need Help Taking Your eCom Brand to the Next Level?

Ready to Invest In Better Messaging for Your Purpose-Driven Brand?

Ready to Invest In Better Messaging for Your Sustainable Brand?

Sustainable eCommerce acknowledges the Traditional Custodians of the land where we work, the Garigal People. We pay respect to Elders – past, present and emerging – and recognise their connections to land, sea and community. We extend that respect to all Aboriginal and Torres Strait Islander peoples and culture today.